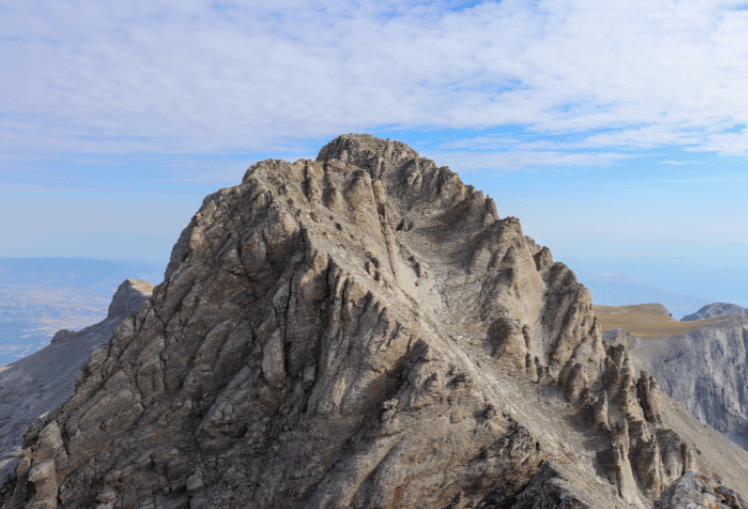 In total, there were around 400 deities that existed in ancient Greece, some of which are better known than others.

The most famous of them are the 12 Olympian gods and goddesses who resided on Mount Olympus and were ruled by the King of the Gods, Zeus.

Read on for an overview of these 12 deities – who were they, what did they represent, and why were they so important in Greek mythology?

RELATED: Are there any Greek mythology statues in modern times?

Who are the 12 Olympian Gods and Goddesses?

The king of all Mount Olympus and the leader of all deities and humankind, everybody knows who Zeus is.

Zeus is the god of the sky and lightning, and is typically depicted brandishing a thunderbolt as a weapon.

Zeus became the leader of the gods by overthrowing his father, Cronus. It was his mother, Rhea, who helped him to do this by hiding Zeus in a Cretan cave to avoid the tyranny of Cronus. When Zeus returned, a ten year battle between the Titans and the Olympians ensued. This battle was known as the Titanomachy, and led to Zeus’ reign as the supreme leader of the gods on Mount Olympus.

Poseidon is the God of the Sea, a role assigned to him by Zeus after the Olympian gods and goddesses defeated the Titans.

As the ruler of the seas, Poseidon is usually depicted riding the waves on a four-horse chariot while wielding a trident.

In appearance, Poseidon has long hair and a thick white beard, similar to that of Zeus. He is often referred to as one of the most vengeful of the 12 Olympian gods, and his violent temper was something that citizens of ancient Greece did not want to be on the wrong side of, leading them to respect the seas to the highest degree.

Hera is the goddess of marriage, family and childbirth. She is both the husband and sister of Zeus, and is regarded as one of the most beautiful goddesses in all of Greek mythology.

Hera is perhaps best known, though, for her jealous nature. Many Greek myths tell of how Hera would punish the women whom Zeus had an affair with. One example is that of Lamia, a former queen of Libya who was punished for sleeping with Zeus by being forced to eat her own children and being burdened with insomnia.

Hera is one of the 12 Olympians that you do not want to anger.

Athena is the goddess of wisdom and warfare. She is one of the 12 Olympian Gods and was born from the head of Zeus.

Indeed, it is widely believed that Athena is Zeus’ favourite child, and he allowed her to wear his Aegis armour to battle. Athena was an incredibly important figure in ancient Greece and, in addition to many other temples, the Parthenon at the Acropolis of Athens is dedicated to her.

Athena plays a significant role in the stories of Greek heroes Jason, Heracles, and Perseus. Her Roman mythology equivalent is Minerva.

Apollo is the God of the Sun, the arts, and of healing, among other things. He is the son of Zeus and Leto, and the twin of Artemis. Apollo is typically depicted carrying a Lyre and bow and arrows, and usually wears a laurel wreath.

Apollo was born on Delos and is one of the 12 Olympian Gods whose expertise is quite vast. He was worshipped for his proficiency in music, poetry, ary, archery, healing, disease, and sun, to name just a few.

Artemis is the goddess of the moon, the wilderness, and the hunt. She is often also referred to as the Greek goddess of nature.

Artemis is the daughter of Zeus and Leto and the twin of Apollo. She is a virgin huntress who is the symbol of archery and is a highly skilled nimrod.

The Roman equivalent of Artemis is Diana. She was celebrated and worshipped at many festivals, and many temples were built in her honour. Indeed, the Temple of Artemis at Ephesus was one of the Seven Ancient Wonders of the World.

Hermes is the messenger of the gods. He is the son of Zeus and Maia, and is widely regarded as one of the wisest and cunning of all of the 12 Olympian Gods.

Hermes was the god of many things, including wealth, fertility, travel, thieves, and trade. He is also credited with having invented the Lyre.

One of Hermes’ less desirable tasks as herald of the gods was to deliver souls of the deceased to Hades in the underworld.

Ares is one of the most famous of the 12 Olympian Gods. He is the god of war and courage. Ares is the son of Zeus and Hera, and he is usually characterised as brutal and savage with a lust for violence and blood.

Despite being an important god on Mount Olympus, Ares was often disregarded in ancient Greece, and many myths in which he appears usually end in his humiliation. In part, this was due to his brutal and animalistic nature, in contrast to his sister Athena, who symbolised a more strategic and intelligent approach to battle.

The Roman equivalent of Ares is Mars.

Hephaestus is the Greek god of metalworking, carpentry, sculptors, fire, and blacksmiths. He crafted all of the weapons and armour on Mount Olympus and was, thus, a very important figure among the 12 Olympian Gods.

Hephaestus was the son of Zeus and Hera, and his consort was Aphrodite. When Ares romanced Aphrodite behind Hephaestus’ back, he humiliated them by capturing them naked in a near-invisible chain link snare and leaving them on display for mockery by the rest of the gods at Mount Olympus.

The Roman equivalent of Hephaestus was Vulcan.

Aphrodite is the Greek goddess of love, pleasure, and beauty. She resides on Mount Olympus as one of the 12 Olympians and was born from the severed genitals of Uranus after Cronus severed them and discarded them off the coast of Cythera.

Aphrodite’s son, Eros, was the messenger of love, and she had many romantic partners, including Hephaestus and Ares. In the Trojan War, Aphrodite played an important role by promising Helen to Paris, leading to the beginning to the battle between the Greeks and the Trojans.

The Roman equivalent of Aphrodite is Venus.

Demeter is the goddess of harvest, agriculture, and the fertility of the earth. She is the daughter of Cronus and Rhea, and is the sister of Zeus.

When Demeter’s daughter by Zeus, Persephone, was abducted by Hades, she neglected the earth through grief and the lands became barren. When an agreement was reached for Persephone to be returned to Demeter for half of the year, life flourished and vegetation began sprouting again. It is for this reason that Demeter is said to be responsible for the seasons.

Demeter and Persephone also played an integral role in the Eleusinian Mysteries, which promised cult members a happy and peaceful afterlife.

Hestia is the goddess of hearth and the home. She is a virgin goddess who is the daughter of Cronus and Rhea, and the sister of Zeus.

In appearance, Hestia is typically depicted wearing a veil and dressed modestly. She was responsible for maintaining the hearth fire at Mount Olympus, and was very much seen as the motherly figure of the deities.

The Roman equivalent of Hestia is Vesta.

Who is the strongest of the 12 Olympians?

Without a doubt, the strongest and most powerful of all the 12 Olympian gods and goddesses was Zeus.

Zeus was the ruler of all of the deities and was responsible for punishing the malevolent and rewarding the benevolent.

Are there 14 Olympian Gods?

Generally, it is accepted that there are 12 Olympians, with the deities outlined in the article being the 12 primary gods of Olympus according to the oldest texts.

Yet, sometimes the number is increased to 14 Olympians with the inclusion of Dionysus and Hades. This is because different gods and goddesses were worshipped at different times (and in different locations) throughout ancient Greece, and so what is applicable to one era (or area) may not necessarily be true of the wider mythology.

Is Hades one of the Olympians?

Which of the 12 Olympian Gods do you find most impressive? And Why? Let us know in the comment section below!

To learn more about the 12 Olympians, check out the great YouTube video below by World History Encyclopaedia.