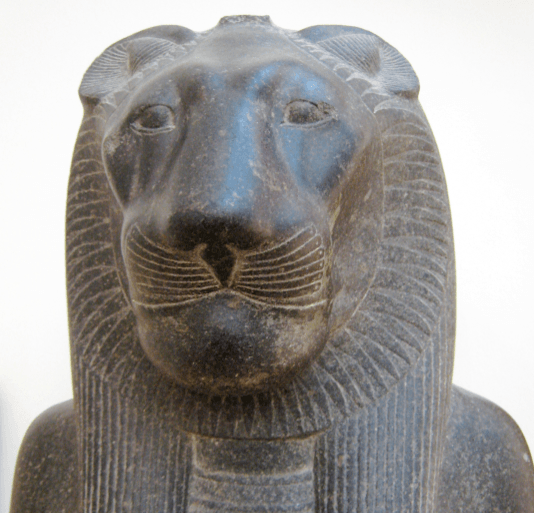 Recently, we wrote about the crocodile god of the Nile, Sobek, and today we are going to take a look at another prominent deity in Egyptian mythology, Sekhmet.

Sekhmet was a highly revered goddess in ancient Egyptian times, and she was a symbol of many things to the people of Egypt. Read on to learn what Sekhmet was the goddess of, how she was depicted, and more.

Sekhmet is an ancient Egyptian goddess of war who is renowned for her immense might. Indeed, her name comes from the Egyptian word for power, Sekhem.

Sekhmet is the goddess of healing and of war and destruction. Due to her volatile nature, many Egyptians came to recognise Sekhmet as the representation of natural disasters, too. As a powerful figure, she was seen as a pharaonic protector, with many pharaohs seeking her guidance in times of conflict.

The cult centre of Sekhmet was in Memphis. Here, she was revered as a powerful warrior and destroyer, and respect was given to her unison with the creator, Ptah. Her children were Nefertem, the representation of the first sun and nice smells, and Maahes, a lion-headed god of war.

Sekhmet is usually depicted as a one of the many Egyptian deities with animal heads. In this case, Sekhmet had the head of a lioness and the body of a woman. She holds a sun disk on her head with an Uraeus (upright Egyptian cobra) encircling it.

Usually, Sekhmet is illustrated carrying a staff and the ankh of life in each hand. In art, she is usually shown dressed in red, symbolizing the color of blood, though she is also often displayed naked in statuettes.

Biers used for royal tombs and coffins were sculpted to portray Sekhmet, as she was believed to have the power to protect the deceased from evil.

Her power also extended to sending plague and disease to those who had wronged her, and to many in ancient Egypt she was referred to as the “Lady of Pestilence”. Sekhmet was believed to breathe fire, and for this she was associated with the desert and extremely hot weather.

Her power was so ferocious and legendary that, according to myth, she was almost responsible for the destruction of humankind. After a tyrannous escapade to kill mortals who defied Ra, Sekhmet had to be tricked by the sun god to stop her from continuing her crusade. To do this, he dyed beer to the color of red so that she would drink it and become peaceful and merry.

What does Sekhmet symbolize?

Sekhmet symbolized many things in Egyptian mythology. Due to her connection with Hathor, she was associated with sex, music, love, joy, and fertility, though in this respect she was usually seen as a harsh antithesis to Hathor’s friendliness.

Sekhmet is the daughter of Ra, the sun god, and personified his power through the Eye of Ra. The saving of humankind from Sekhmet by Ra was commemorated with a huge feast in ancient Egyptian times. Beer dyed with pomegranate juice was drunk in abundance to symbolize how Ra tricked Sekhmet into ceasing her destruction of the Egyptians.

We hope you enjoyed reading about what Sekhmet is the god of, and why she was an important deity in Egyptian mythology. Which Egyptian god or goddess do you resonate most with? Let us know in the comment section below.

1 thought on “What is Sekhmet the Goddess of?”