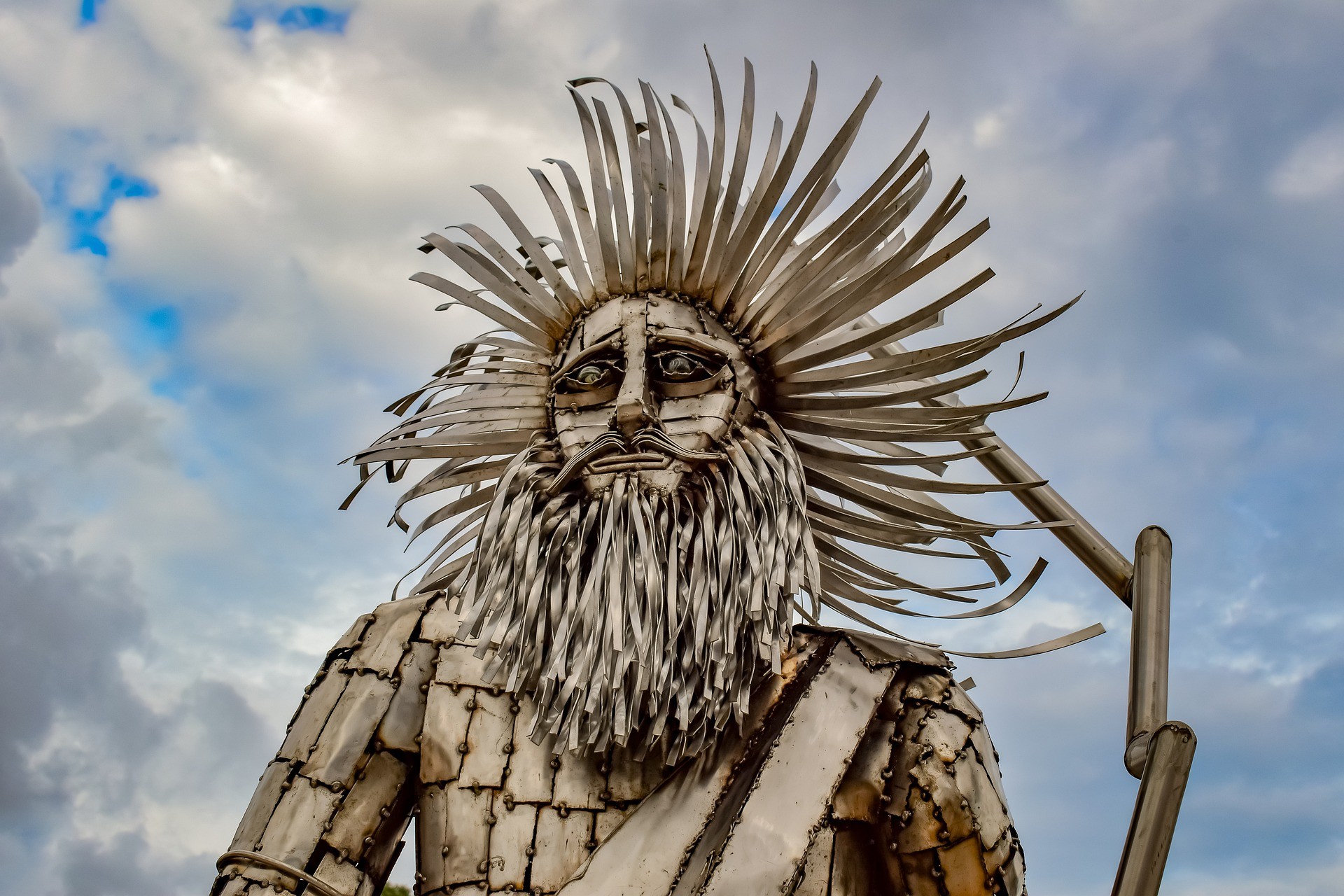 Before delving into a journey in ancient Greek mythology, it is important to understand the beginnings of the important Gods in its history. Hesiod, a Greek poet prevalent between 750 to 650 BC, is credited as an authority on the Greek Creation story.

In his book – Theogony – Hesiod explains the beginnings of key figures and outlines how the universe came into being from the perspective of Greek mythology. This article aims to summarise his writings and provide a solid knowledge base for the Greek mythology creation story.

The Void State Of Chaos

In the beginning, the first of all the Gods, Chaos, ruled the universe. In its infancy, Chaos and the universe existed as a great nothingness – an emptiness and a vacuum. This void gave rise to Gaia (Earth), Eros (love), the Abyss (Tartarus), and Erebus (darkness).

Gaia formed a relationship with her son, Uranus, and birthed several offspring – the monsters (Cyclops and Hecantonchires) and the Titans. Uranus harboured extreme resentment towards his children and, as a result, banished the Cyclops and the Hecatonchires to the underworld, otherwise known as Tartarus.

The youngest of the Titans, Cronus, became aware of the fate of his siblings at the hands of his rampant father and plotted to take action. With the help of his mother, Gaia, Cronus castrated Uranus with a sickle as he prepared to lay with Gaia. The blood that was shed from this castration gave to the Giants, the Erinyes, and the Nymphs. Aphrodite, the Goddess of Beauty, also arose from the sea foam that was created when Uranus’ genitals hit the ocean.

The Emergence Of Zeus

Upon dethroning his father, Cronus claimed the universe as his own. It wasn’t long, though, before history started to repeat itself. Cronus married his sister, Rhea, and fathered 6 children – Demeter, Hades, Hera, Hestia, Poseidon, and Zeus.

Like his father, Uranus, Cronus grew to detest his offspring and suspected that they would seek to overthrow him, as he did before. This led to Cronus devouring his children upon birth. This angered his wife, Rhea, who sought to put an end to the tyranny. Upon giving birth to her last child, Zeus, Rhea presented Cronus with a boulder wrapped in cloth in the hope that he would not notice before he consumed it. This plan worked and Cronus swallowed the rock.

Rhea then brought Zeus to a cave in Crete, where he could be reared in secrecy. Zeus grew up to hate his father and plotted to exact revenge when he was older. As an adult, Zeus took advice from his first great lover, Metis, who is often regarded as the wisest being to have ever existed. Metis told Zeus of a potion that would cause his father to vomit up his imprisoned siblings and relatives from inside his body. In time, Zeus had many children of his own, too.

Titanomachy – The Ten-Year Battle Of The Titans

Zeus disguised himself as a cupbearer for Cronus and poisoned his drink before serving him. As planned, Cronus vomited Zeus’ siblings in reverse order of their birth. Yet, Cronus still had the Titans as his allies, and Zeus needed further help to defeat his father.

To achieve this, he sought the help of Gaia, whose children were still incarcerated in Tartarus. Zeus travelled to the underworld and defeated its fierce guardian to release the Hecatonchires and the Cyclops, the latter of whom crafted powerful weapons for Zeus and his allies (the Olympians). Zeus was gifted a powerful lightning bolt to strike down enemies, Hades was awarded a helmet of invisibility, and Poseidon was awarded a deadly trident.

Thanks for reading this article about the Greek mythology creation story and please get in touch if you have any comments or queries. You may also like to read our ancient Greece timeline for a better understanding and context of the ancient civilization.

If you want to add anything to the story or would like us to cover a part of Greek Mythology that you can’t find on the website, please let us know in the comment section below. For anything else, contact me at basil@mythologyplanet.com