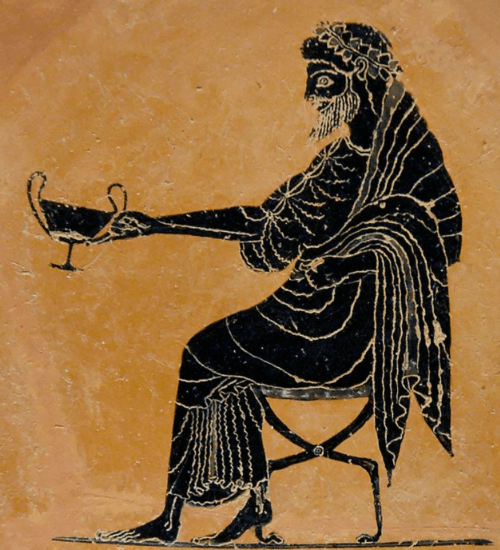 Greek mythology is abrim with mysterious groups and factions, and none more so than the Cult of Dionysus.

This cult dates back as early as Mycenaean Greece and was a regular feature throughout the history of Ancient Greece.

Here, we’ll take a deeper look at exactly what the Cult of Dionysius was. When was it formed? What did rituals entail? Who started it? All this and more.

Who is the Greek goddess of nature?

The Eleusinian Mysteries and the Cult of Demeter and Persephone

Who are the Aeternae?

What is the Cult of Dionysus?

The Cult of Dionysus was a cult in Ancient Greece that had a strong association with centaurs, satyrs, and other nature entities in Greek mythology.

They were also associated with euphoria and ecstasy, usually achieved through ceremonies involving copious amounts of wine and characteristic symbolism aimed at removing one’s inhibitions and bringing them closer to nature.

Followers of the cult worshipped Dionysus – the God of wine, religious ecstasy, and fertility. Two prominent Athenian festivals were held annually in dedication to Dionysus, these were the Dionysia and the Lenaia. At these events, Phallic processions were a key feature and the phallus was often fetishized with obscenities and celebrations.

The Cult of Dionysus worshipped the God of wine through a ritual known as the Dionysian Mysteries. This ritual involved the use of trance-inducing substances and copious amounts of wine. Dance and music were also used to help remove the inhibitions of the initiates.

Indeed, wine played a huge role in Dionysian worship, and the inebriation that one felt from drinking it was said to be caused by the possession of Dionysus’s spirit. Bulls and goats were also worshipped during the Dionysian Mysteries due to their association with the wine – bull horns provided the vessel from which the wine was drunk from, and the flesh of the goats was used as wineskins.

The ritual represented Dionysus as the beast-god within all initiative and, as such, the invocation of spirit was the most central part of the mysteries. The last part of the ritual, therefore, shifted the tone to a transcendental one as opposed to a chthonic one.

When was the Cult of Dionysus formed?

It is not known exactly who started the Cult of Dionysus, but it is believed to date back to at least the Myceneaen times, as ancient Myceneaen tablets have been found displaying the name of Dionysus in Linear B – an old syllabic language that dates back to 1450 BC and is believed to be the origin of the Greek alphabet.

The cult then continued to be a constant feature of ancient Greek culture, and was eventually introduced to the south of Italy around 200 BC. In Roman culture, Bacchus (the equivalent of Dionysus in Roman mythology) was worshipped in a ritual called the bacchanalia that was held on numerous occasions throughout the year. The secretive nature and conspiracies that arose during the bacchanalia eventually led to the Senate introducing a decree to ban the ritual.

Due to the mysterious nature of the cult, it’s hard to accurately answer the question ,“does the cult of Dionysus still exist?”. There has been, however, whisperings about a Revived Order of Dionysus, a secret society that practices hedonism through the use of trance-inducing music and bucket loads of wine.

Other modern iterations are believed to be prevalent throughout the world, too, though finding out about them may require a little detective work and perhaps a bit of luck.

To learn more about Dionysus, watch the YouTube video below by Mythology & Fiction Explained.