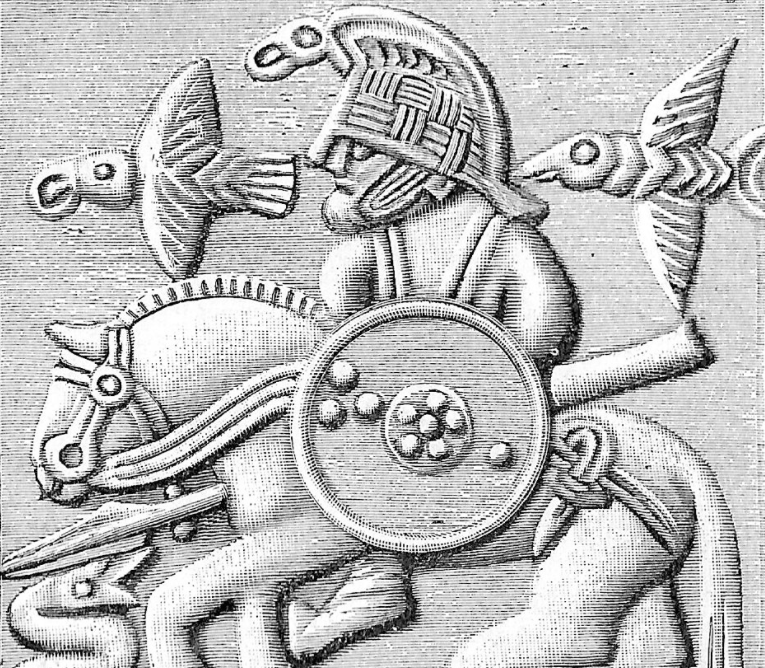 Odin is perhaps the most widely revered god in Norse mythology, with many tales and surviving texts alluding to his incredible wisdom, knowledge, and battle prowess. By Odin, many gods were born, among the most notable being Thor and Baldr, but he also had a whole host of other companions, many of them in animal form.

In this article we’ll learn about two of his most famous accomplices, Huginn and Muninn. Who are they? What do they represent? How do you pronounce their names? Read on to learn all about Odin’s ravens.

Who are Huginn and Muninn?

Huginn and Muninn and two ravens that oversee the happenings in the human realm, Midgard. They are informants to Odin. Huginn and Munin take their names from the Old Norse words for “thought” and “memory”).

In many Norse Mythology texts (such as the Prose Edda) Odin’s relationship with Huginn and Muninn leads to him being referred to as the “Raven God”. The Raven God used his two companions as messengers who would fly throughout Midgard on a daily basis and report their findings to Odin.

In the Ynglinga saga, it is explicitly stated that Odin bestowed the gift of speech to his ravens, and this is how they were able to keep him informed.

The image of Huginn and Muninn is a regular feature on ancient Norse artefacts, and is often seen on coins, pottery, and armour. They were also linked to shamanic practices in ancient Norse times, with many practitioners believing they could channel “thought” and “mind” (Huginn and Muninn) through trance-like states.

What do ravens represent in Norse Mythology

Aside from the aforementioned “thought” and “mind” that Huginn and Muninn represent, ravens also symbolize other things in Norse mythology. For many, the presence of ravens simply signified the presence of Odin, and armament was often adorned with the bird in order to channel the strength of Odin in battle.

Ravens also symbolized wisdom, owing Huginn and Muninn knowing everything about Midgard from their daily visits to inform Odin.

In modern society ravens are often associated with death, and this was also the case in Norse mythology. Odin was not as benevolent a figure as one may assume, and he is actually the god of death. Indeed, Odin would send his ravens to collect the souls of powerful warriors who had fallen in battle, in order to equip himself with a strong army to fight the giants in Ragnarok.

Who are Geri and Freki

Huginn and Muninn weren’t the only animal companions of Odin, and he also kept two wolves at his side, known as Geri and Freki. The words Geri and Freki translate as “ravenous” and “greedy” in Old Norse.

They are known to be ruthless, ferocious, and blood-thirsty wolves who would feast on the dead bodies of fallen warriors. Many interpret Odin’s relationship with his wolf and raven companions to be a representation of the symbiosis and complementary dynamic between animals and humankind during a hunt.

Huginn and Muninn should be pronounced H’oo’ginn and M’oo’ninn, with an emphasis placed on the ‘u’. They are sometimes written as Hugin and Munin, but the pronunciation is always the same.

For clarity, both words should rhyme with the Finnish-Swedish comic book characters – The Moomins.

Did you enjoy reading about Huginn and Muninn? What other animals would you like to hear about from Norse mythology? Let us know in the comment section below! For any enquiries, contact me at basil@mythologyplanet.com

To learn more about Odin’s ravens, watch the video below by Mythology & Fiction Explained.

2 thoughts on “Huginn and Muninn: All About Odin’s Ravens”