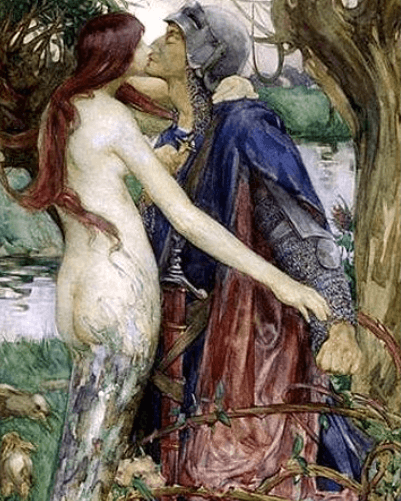 Greek mythology is home to some terrifying creatures, and Lamia is easily among the most frightening.

Yet, the story of Lamia is an interesting one, and her backstory may offer a new perspective on the vicious, child-eating demon. Read on to learn all about Lamia.

RELATED: Who is the Black Annis?

Lamia is a well known demon from Greek mythology who is typically depicted as a child-devouring monster that preys on newly born and unborn babies.

Yet, according to myth, Lamia was once a beautiful queen of Libya who Zeus became besotted with. They lay together on numerous occasions, and when Hera got wind of the affair she was characteristically vengeful in her response.

Hera’s rage, though, was not aimed at Zeus, but instead at Lamia of Libya. She punished Lamia in the worst way imaginable, and robbed her of her children to Zeus by forcing her to eat them. She also cursed Lamia with insomnia, too.

Understandably, Lamia was distraught and inconsolable, and was driven to insanity by despair. Her insanity affected her appearance, too, and before long she became a vulgar monstrosity who searched for children that she could steal and devour to soothe her own pain.

Zeus, who felt bad for the part he played, gave Lamia the ability to remove her eyes at will so that the burden of insomnia was lightened. The gift of prophecy was also bestowed upon her by the supreme ruler of the gods.

Before she was cursed by Hera, Lamia was said to be a picture of beauty. This is exactly why Zeus fell for the queen of Libya and instigated their affair.

Once cursed, however, she lost her looks and became monstrous in her appearance. Many stories depict Lamia with serpentine features, most commonly with the upper body of a beautiful woman (to seduce men before eating them), and the lower body of a snake.

She was believed to be so hideously ugly that many Greek families used the demon as a way to scare children into good behaviour, much like the Bogeyman or the Coco.

Although Lamia was not evil in her mortal life, the demon she became following Hera’s punishment committed some horrific acts. Whether these evil acts can be ascribed to Lamia herself, or to the insanity that was thrust upon her by the curse, is another question.

Although the myth stemmed from an individual queen of Libya, the demon is regularly depicted in plurality, and many subsequent myths refer to the lamiai as phantom entities who seduce men into sexual encounters before feasting on their blood.

Related: What is Qalupalik? The Inuit mythology Bogeyman

What is Lamia the Goddess of?

Lamia is not a goddess, but a daemon. This means that she was not the goddess of anything.

Lamia was, however, strongly associated with death – particularly the death of children. Many believed that she was the cause of death for any child that died during, or shortly after, childbirth.

Is Lamia a Vampire?

Lamia was believed to feast on the blood of men she seduced. In that respect, she can be ascribed vampiric qualities.

However, what we now commonly refer to as a vampire may not be consistent with how Lamia appears. This modern, sophisticated version of the vampire was borne out of an early 19th century novel by John Polidori, The Vampyre.

Lamia’s parentage differs depending on the source. Some believe that Poseidon is Lamia’s father, whereas other sources claim that King Belus of Egypt and Lybie are her parents.

Do you know of any other myths similar to Lamia from another folklore? If so, we’d love to hear about it. Let us know in the comment section below!

To learn more about Lamia, check out the great YouTube video below by Mythology & Fiction Explained. https://www.youtube.com/watch?v=0J2Oy0ZrwRc