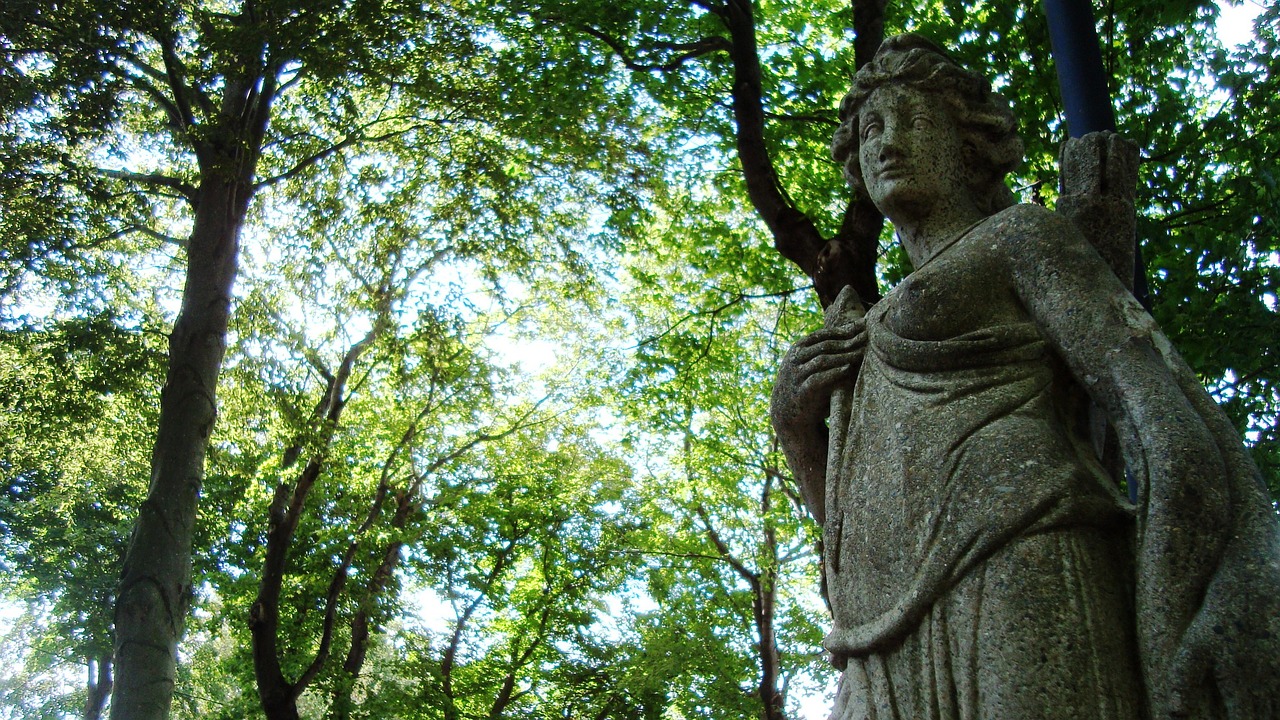 When it comes to the Greek gods and goddesses, there are a number of deities that represent nature in various ways. Therefore, the question of “who is the Greek goddess of nature?” is not so simple to answer. Read on to discover the different portrayals of mother Earth in Greek mythology.

The first deities created by the void of Chaos are known as the primordial deities. According to Hesiod’s Theogony, there are 11 primordial beings among the first generation, including Chaos. Of these, Gaia was strongly linked to the natural world and was believed to be the personification of Earth, and the mother of all living beings on the planet. Because of this, Gaia is considered by many to be the Greek goddess of nature.

Gaia plays an integral role in Ancient Greek mythology and conceived the Titans, the Giants, and the Cyclopes as a result of the sexual union with her son, Uranus. In Roman mythology, Gaia’s equivalent was Terra.

Artemis is another Greek goddess who is widely considered to be one of the key goddesses of nature in Greek mythology. Artemis was the Goddess of wild animals and hunting. She is Apollo’s twin sister and was conceived from Zeus’s sexual union with Leto.

Artemis was one of the most celebrated deities in Ancient Greece, largely due to her virginity and chastity, and the Temple of Artemis (located near Ephesus, in present-day Turkey) was one of the Seven Ancient Wonders of the World.

As the patron of wild animals, Artemis is often depicted being accompanied by deer, and is typically shown wielding a bow and arrow in later drawings of her.

Demeter is the Ancient Greek goddess of harvest and agriculture. Demeter was worshipped widely in festivals where many people believed that performing ceremonies in Demeter’s name would provide a good yield for the coming times.

Indeed, when Hades kidnapped Demeter’s daughter, Persephone, new life and fruit yields were suspended while Demeter searched for her. It wasn’t until the two were reunited that yields became abundant again, and life was allowed to flourish.

As mentioned above, Persephone was the daughter of Demeter. She was also the goddess of springtime and vegetation, and was the ruler of the Underworld along with her husband, Hades.

In Ancient Greek mythology, the change of the seasons is believed to be directly related to Persephone’s kidnapping by Hades, and the subsequent search for her by Demeter. When Persephone was missing, life on Earth was barren, a phenomenon related to the unproductive colder months. When she was found, life was allowed to flourish again by the power of Demeter, and this signalled the start of springtime.

This event was celebrated as part of the Eleusinian Mysteries, an annual series of initiations that were organized by the cult of Persephone and Demeter.

In addition to the Greek goddesses of nature, there were also lesser beings known as nymphs who guided nature and the new growth of life on Earth. One of the key nymphs was Chloris, who presided over the spring and was believed to be strongly linked to new growth and flowers.

Nymphs were portrayed differently according to the landscape that they presided over.

Who is the goddess of nature?

In Ancient Greek mythology, Gaia is often described as the goddess of nature as she is the mother of all living things and is the personification of Earth. That being said, several gods and goddesses are associated with nature, with notable examples including Artemis, Demeter, and Persephone.

Who is the Greek goddess of plants?

Chloris, a nymph, is often cited as the mythological entity most closely associated with plants. She presided over the springtime and the new growth of flowers. Her equivalent in Roman mythology is Flora.

Who is the most powerful Greek goddess?

The most powerful Greek goddess will change depending on who you ask. Athena is widely regarded as one of the most powerful deities in the whole of Greek mythology, and it was believed that she had the strength to overcome her father, Zeus, if she was so inclined. Other powerful goddesses include Nike (the goddess of victory), Nyx (the personification of night), and Artemis (the goddess of hunting and the wilderness).

Who was the Greek goddess of beauty?

Aphrodite was Greek goddess of beauty. According Hesoid’s Theogony, she was believed to have been born from the foam that formed from Uranus’ severed genitals hitting the sea after he was castrated by Cronus.

If you liked this article about the Greek goddesses of nature, let us know in the comment section below what else you’d like to read about. You may also like reading our ancient Greece timeline.

Learn more about Hades and Persephone below.

2 thoughts on “Who is the Greek Goddess of Nature?”