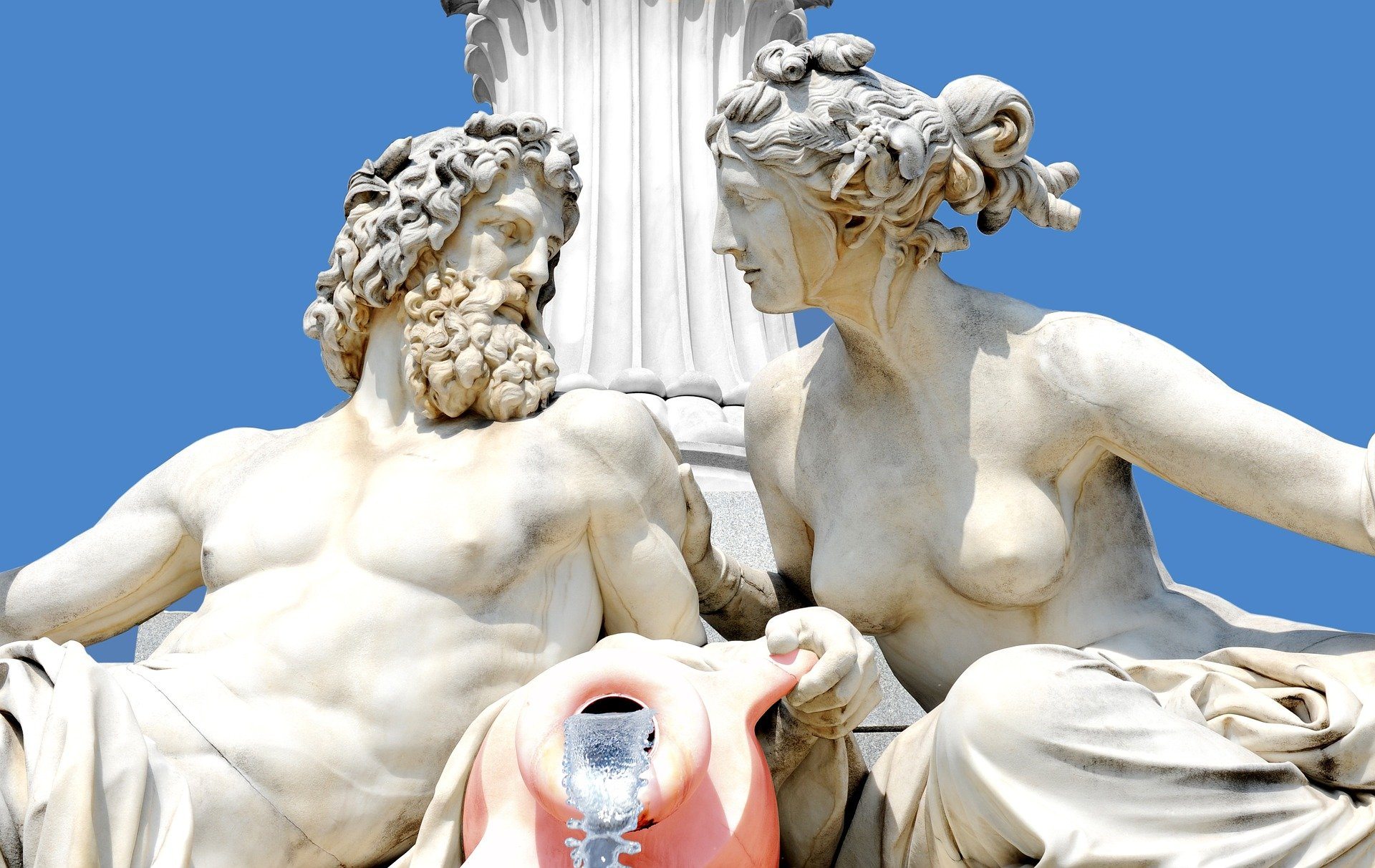 With so much to learn about the ancient Greek civilization, it can be difficult to piece everything together. Most people know about the Trojan War, the Olympic Games, and the Bubonic Games, but when exactly did it all happen?

We’ve created a list that will help you remember the chronology of important dates. Here are 20 significant events in the ancient Greek timeline.

The Minoan and Mycenaean civilizations were integral to the culture and longevity of ancient Greece. The Minoans preceded the Mycenaeans, coming into the picture between 2600 BC and 1400 BC. Their dominance was largely dictated by their ability to trade across the seas and the use of a unique written language known as Linear A. Knossos was the hub of Minoan civilization.

The Mycenaean civilization was its zenith between 1600 BC and 1100 BC. They were the immediate predecessors to what we know as ancient Greek civilization, and were even the first to speak the language of ancient Greece. The Mycenaeans began their demise around 1250 BC, the same time as the Trojan War.

The collapse of Mycenaean civilization marks the start of the Greek Archaic Period, the beginning of Ancient Greece.

The Trojan War refers to the siege of Troy by the Greeks after Paris of Troy kidnapped Helen, the wife of the Spartan king.

There is much dispute as to whether or not the Trojan War actually took place, and for those that believe it did, certainty on the dates in which it transpired are equally as vague. According to the ancient Greek historian Herodotus, the war took place in 1250 BC.

Staged in Olympia, on the Pelopponesian peninsula of Greece, the first ever Olympic Games took place in 776 BC. They were initially held as a celebration of Zeus, and the sports included running, combat, and throwing events.

The aforementioned Trojan War was fabled and storied throughout the whole of ancient Greece, and was a popular topic in Greek literature. The most notable example is the epic poem written by Homer, the Iliad, which recounts the 10-year long siege of Troy. The Odyssey, Homer’s other great work, tells the story of Odysseus’ journey home after the war.

The Messenian War was fought between Sparta and Messenia. The war lasted for 20 years and was eventually won by Sparta, who gained a substantial amount of wealth, status, and culture as a result. This marked the beginning of Sparta’s rise as a power within ancient Greece.

A Second Messenian War began in 685 BC after a helot uprising.

At around 650 BC, tyrants began an oppressive rule throughout Greece. A tyrant was a powerful person who used influence and opportunism to maneuver themselves to the top of the hierarchical ladder.

Perhaps the most notable tyrant was Cypselus, the first tyrant of Corinth who overthrew the Doric clan of Bacchiadae.

The word draconian is commonly used in modern society to refer to measures that seem particularly harsh and extreme. Not many realize that this term comes from an influential lawmaker in ancient Athens, Draco.

In 621 BC, Draco introduced legal code that would be enforced by a court of law. Many crimes would subsequently be punishable by death, hence the current usage of the word draconian.

Coins were first used in ancient Greece as a way to verify payment between Greek parties and citizens of Asia Minor and Lydia. Initially, they were made from electrum, a naturally occurring gold-silver alloy.

The earliest known coins were excavated under the site of one of the seven ancient wonders, the Temple of Artemis at Ephesus.

Pythagoras was born on the island of Samos in 570 BC. He would go on to make huge advances in science and mathematics, and much of his work is still used today. Indeed, the Pythagorean theorem, the identification of Venus, and the sphericity of the Earth are just a few of his discoveries.

First and foremost, though, Pythagoras was a philosopher. He established an ascetic commune in modern day Corotone, southern Italy, in which the inhabitants would live by Pythagoreanism and practice vegetarianism and appropriate human ways of moral living (akousmatikoi), among other things.

Cleisthenes was a lawgiver in ancient Athens who was credited with introducing democracy to the world.

He introduced various reforms with the intention of equal rights for all of Athens’ citizens (at the time this only included men), and popularized the procedure of ostracism in the city, whereby troublesome citizens could be banished from the city for up to 10 years.

The Greco-Persian Wars lasted for over 50 years and involved the First Persian empire (Achaemenid Empire) and the Greek poleis (city-states).

The conflict has roots in the 6th century BC, when Cyrus the Great of Persia tried to overthrow Ionia. The resistance among the Ionians caused much turmoil between the two civilizations. Eventually, when Aristagoras, the tyrant of Miletus, attempted to seize Naxos with help from the Persians, an Ionian Revolt ensued. Aristagoras quarreled with the Persian military leader, Megabates, over the way to conquer Naxos, and the two parties developed a strong dislike for each other.

Athens and Eretria provided military support for the Ionians during the revolt, leading Persian king Darius the Great to seek revenge on the two poleis. Years of conflicts led to a union of Greek city-states, the Delian League, who fought many deadly battles with the Persians, until a truce was finally reached after the Battles of Salamis-in-Cyprus.

The war began after the Battle of Oenoe in 460 BC, and ended in 445 BC after Sparta and Athens signed a Thirty Years’ Peace treaty. This treaty would last less than half of its intended duration.

Pericles was one of the most significant figures in the entirety of ancient Greek civilization. Among other things, he was a prominent general, orator, and statesman, and led Athens during the bulk of its golden age.

Many believe that Pericles played a huge role in Athenian democracy and the expansion of the Athenian empire. He also led the construction of the Acropolis.

The Second Peloponnesian War resumed the conflict between the Delian League and the Peloponnesian League. The war consisted of huge land advances, in which Sparta were largely victorious, and naval raids, in which Athens were more dominant.

The Peace of Nicias was signed between the two sides in 421 BC with the aim of bringing about 50 years of truce. This failed, though, and war resumed in 415 BC when Athens attacked Syracuse, Sicily. Ultimately, Sparta greatly overpowered Athens with the help of the Achaemenid Empire, with the Battle of Aegospotami in 405 BC bringing an end to the war.

The destruction of Athens was demanded by Thebes and Corinth, but Sparta declined to enslave the city. Later, during the Corinthian Wars (395-387 BC), Athens was able to regain some of its previous power.

During the second year of the Second Peloponnesian War, a deadly plague ravaged the city of Athens, killing an estimate of almost 100,000 people. It caused widespread unrest, leading to religious revolt and a rise in insurgency. Stricter laws were introduced as a result.

The great leader of Athens, Pericles, also perished at the hands of the plague.

Before setting up his own school (the Lyceum), Aristotle studied at the Academy for twenty years. In 86 BC, the Roman leader Sulla oversaw the demolition of the Academy.

4. Alexander the Great Becomes King Of Macedon (336 BC)

Alexander the Great was a pivotal figure in the timeline of Ancient Greece. He was born in 356 BC and became the king of Macedon 20 years later when his father, Phillip II, was killed. What ensued was a period of rapid expansion for Greek culture in what marked the beginning of the Hellenistic period.

During his reign, Alexander battled Persia in the continuation of the Panhellenic vision set out by his father, Phillip II. He also married the Princess of Bactria, Roxane, after defeating the Persian king Darius III.

Alexander the Great died at the age of 32 as a result of contracting malaria, but his name lives on as one of the most important figures in the history of the world. After his death, civil war and widespread unrest led to the rapid demise of the impressive empire that he managed to build.

The Battle of Corinth was fought between the Achaean League and the Roman Republic. It led to the total demolition of Corinth and marked the beginning of Roman dominance of the Greek peninsula.

All of Corinth’s art and treasure was completely plundered as a result of the battle, and Julius Caesar set up a new city in its place before he was killed.

In 30 BC, Cleopatra committed suicide after an Octavian invasion. Many mark this moment as the end of the Hellenistic period and, as a result, the end of Ancient Greece.

We hope you enjoyed reading about these important dates in Ancient Greek civilization. Perhaps you’d also like reading about Greek mythology. Check out our article about Zeus’ children and come back regularly for weekly new mythology content.

If you’re new to Greek mythology, watch the informative video below by Mythology and Fiction Explained.