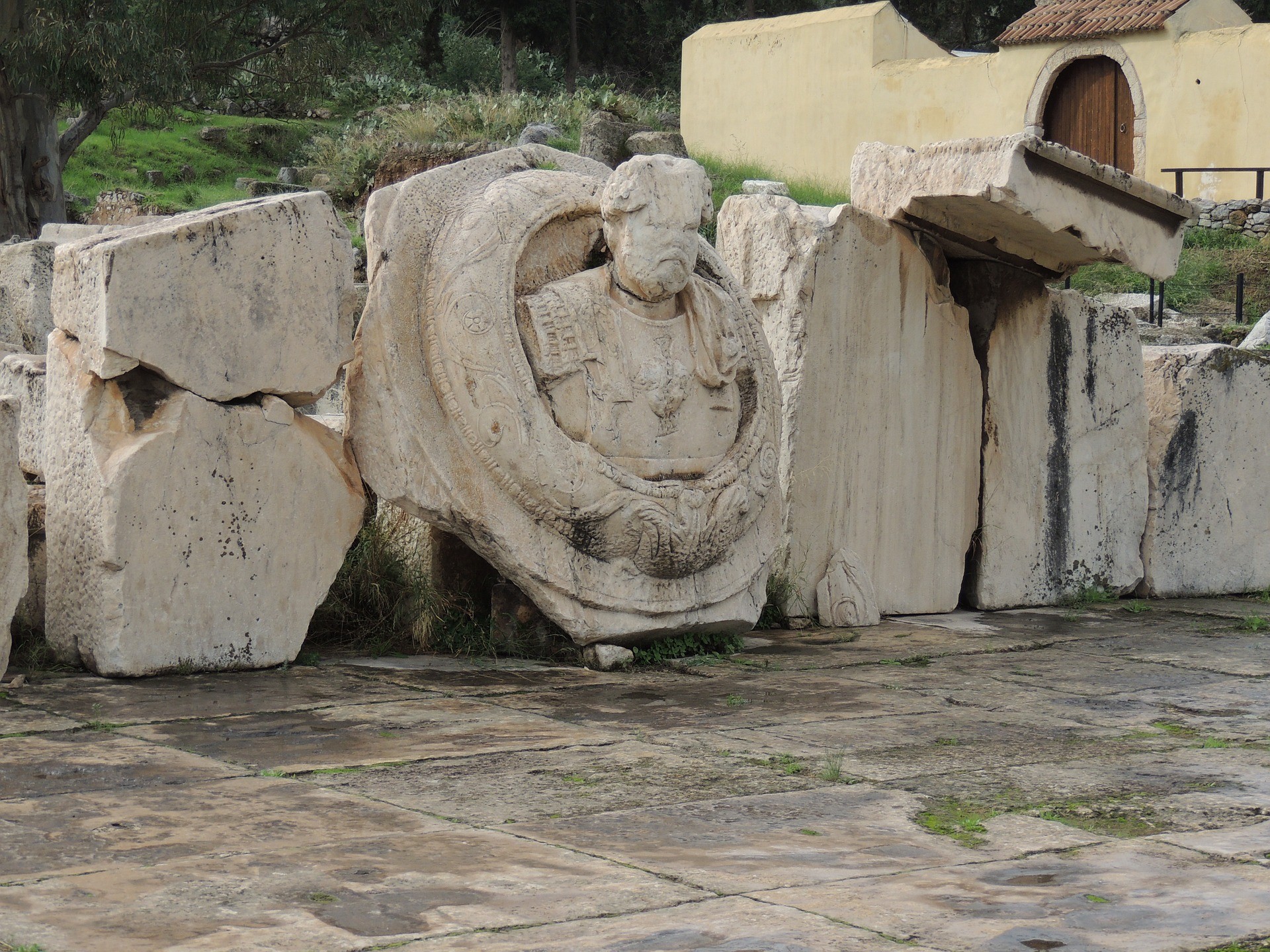 Two of the most influential figures in ancient Greek mythology are Demeter and Persephone. Indeed, they were widely deified by citizens of the time and a mystery cult was created in dedication to the two goddesses.

What were the Eleusinian Mysteries?

In short, the Eleusinian Mysteries were an annual set of initiations that took place within the cult of Demeter and Persephone. With roots in the Mycenaean period, the mysteries were based on the principle of agrarianism – i.e. a social philosophy concept related to agriculture and the ownership of land.

The abduction of Persephone by Hades and the subsequent hunt and reunification with her mother, Demeter, play a key role in the rituals. They are represented in the three phases of descent, search, and ascent.

The rituals that took place during the ceremonies were largely kept secret in order to preserve their integrity. The rituals were so secret that private buildings were built underneath the Telesterion sanctuary in Eleusis.

It is believed that those who were initiated from the Eleusinian Mysteries would reap their reward in the afterlife. Indeed, afterlife visions and imagery played a key role in the ceremonies, and it was strongly believed that psychedelic drugs were involved in the process.

The mysteries were a prevalent part of ancient Greek life until the popularization of Christiantiy in the region. Roman emperor Theodosius I brought about the final destruction of the Mysteries during the Persecution of Pagans in 392 AD.

What are the Lesser and Greater Mysteries?

Although most of what happened during the mysteries will never be known, we know that there were two Eleusinian Mysteries. These were the Lesser Mysteries and the Greater Mysteries.

The Greater Mysteries were held in late summer and were believed to be a bigger occasion than the Lesser Mysteries. They involved the carrying of sacred items to the Eleusinian temple, and lasted for a total of 10 days.

Towards the end of the ceremony, participants would drink a psychoactive drink called kykeon, and they were then able to unlock the profound visions that they were there to seek. After the climax of the ceremony, an all-night feast called the Pannychis took place at the Rharian Field, involving lots of animal sacrifices, drinking, and merriment.

Who participated in the Eleusinian Mysteries?

There were various actors involved in the annual ceremonies, and each of them had to swear to secrecy before participating.

Firstly, there were the priests and hierophants that officiated the mysteries. Different priests had different roles, and the sanctuary was split into several sections with varying tasks to perform.

Then, there were the initiates. These were regular citizens who had never attended the mysteries before and were seeking enlightenment and guidance under the cult of Demeter and Persephone.

Finally, also present at the Eleusinian Mysteries were those who had participated previously, some of these may also have achieved the high statues of épopteia, or contemplation.

When did the Eleusinian Mysteries take place?

It is estimated that the Eleusinian Mysteries lasted between 1450 BC to 392 AD – almost two thousand years.

It is also possible that the mysteries took place for longer, though, and many believe that they were a continuation of an ancient Minoan cult and were adapted to fit the beliefs of the time.

Why is Eleusis sacred?

Eleusis was a district of Athens that is most famous as the site for the Eleusinian Mysteries. It is believed that Demeter decided to rest at Eleusis during the arduous search for her daughter, Persephone, after she was abducted by Hades.

According to Greek mythology, while Demeter rested in the deme (district), she began mentoring Demophon, the son of the reigning king, and fed him ambrosia in order to make him immortal.

After Demophon’s mother became suspicious, Demeter revealed her true identity as a goddess, and in her rage ordered the construction of a temple in her name.

What did people get from the Eleusinian Mysteries?

Initiates who performed the rituals of the Eleusinian Mysteries were believed to have powerful changes in their life.

According to mythology, the average ancient Greek citizen could benefit from these rituals by gaining strong visions of the future that allowed them to better comprehend their place in society.

It is also believed by many that the alleged secret societies of the illuminati, freemasonry, and the knights templar were heavily influenced by Eleusinian Mysteries rituals.

Thank you for reading this article about the Eleusinian Mysteries. Check out other posts on at Mythology Planet for more about ancient Greek history and other mythologies.

If there’s a specific topic you want to know about, or if you want to share your own knowledge with us, let us know in the comment section below.