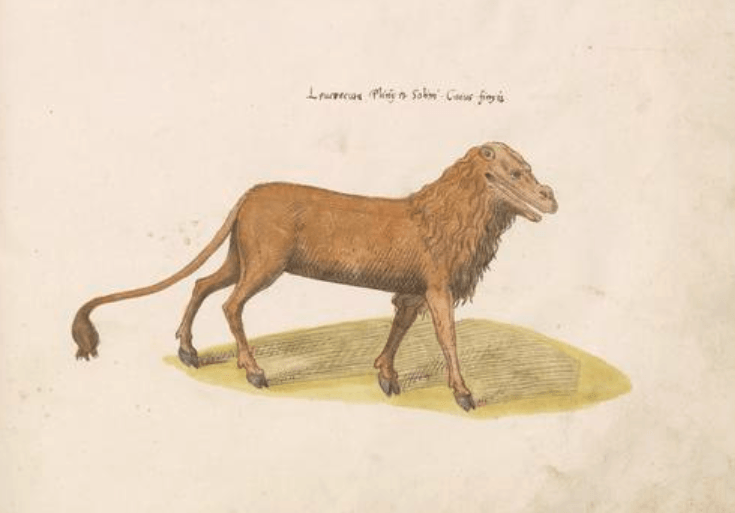 The crocotta is a mythical creature in Indian mythology that is a dog-wolf hybrid. The beast is said to haunt the rainforests of India and Ethiopia, where it lures humans and dogs to their death.

It is an intelligent and cunning creature, and is a prominent feature in many mythological tales throughout time. Read on to learn all about the crocotta.

What is the Manticore?

The crocotta is said to dwell among the rainforests of India and parts of Africa (principally) Ethiopia). The crocotta is sometimes referred to as the leucrocotta or corocotta, but it is usually depicted in the same way. It takes the form of a part-dog, part-wolf beast that is believed to hunt humans and dogs. It is the size of a mule and many say that the crocotta’s head strongly resembles that of a hyena, too.

The crocotta is believed to be able to change its colour at will, in order to blend into its surroundings and launch devastating attacks on its prey from the shadows. It has long, sharp teeth that can kill a human in seconds, and it is also said to have an incredibly fast digestion, instantly consuming and digesting all that it eats. According to many tales, the crocotta is also a genderless being, which is able to shift between the different genders at will.

The crocotta is an intelligent being that mimics the wails of a distressed dog in order to lure them to their death. It also has the ability to imitate human voices, calling out the names of the people who wander in the forests by themselves, and leading them into troubled times.

It is widely accepted that the crocotta is actually a result of society’s first attempts to describe the spotted hyena, a species of hyena native to sub-Saharan Africa.

Descriptions of the animal became embellished over time, giving rise to exaggerated depictions of what eventually became the mythical crocotta, a wolf-dog hybrid with the face of a hyena. Indeed, the spotted hyena even takes its binomial name (Crocuta crocuta) from the mythical creature.

How do you kill the Crocotta?

Killing a crocotta is difficult, and not many tales in Indian or Ethiopian folklore tell of stories where humankind comes out the victor against the mythical beast.

That being sad, if the crocotta is like the spotted hyena, there are ways that you could outsmart it. In the wilderness, gazelles are able to evade the onslaught of a spotted hyena by feigning injury and vulnerability. This appears to confuse the hyena and disrupt their attack. This could also be one of the crocotta’s weaknesses.

There have been many purported sightings of the crocotta throughout history. According to the Roman historian Cassius Dio, the crocotta was brought to fight in the Roman arenas by Septimius Serverus.

The Roman author, Pliny the Elder, suggests that the crocotta is an Ethiopian beast that is the offspring of the mythical lioness, the leucrocotta (which is now synonymous with the crocotta). This gave rise to many tales within Ethiopian folklore that refer to the crocotta, with many believing to have sighted the beast over the years.

Have you heard of the crocotta? Perhaps you know of similar mythical beasts in the folklore of other cultures. If so, let us know in the comment section below!

To learn more about the crocotta, check out the great YouTube video below by ShantiUniverse.