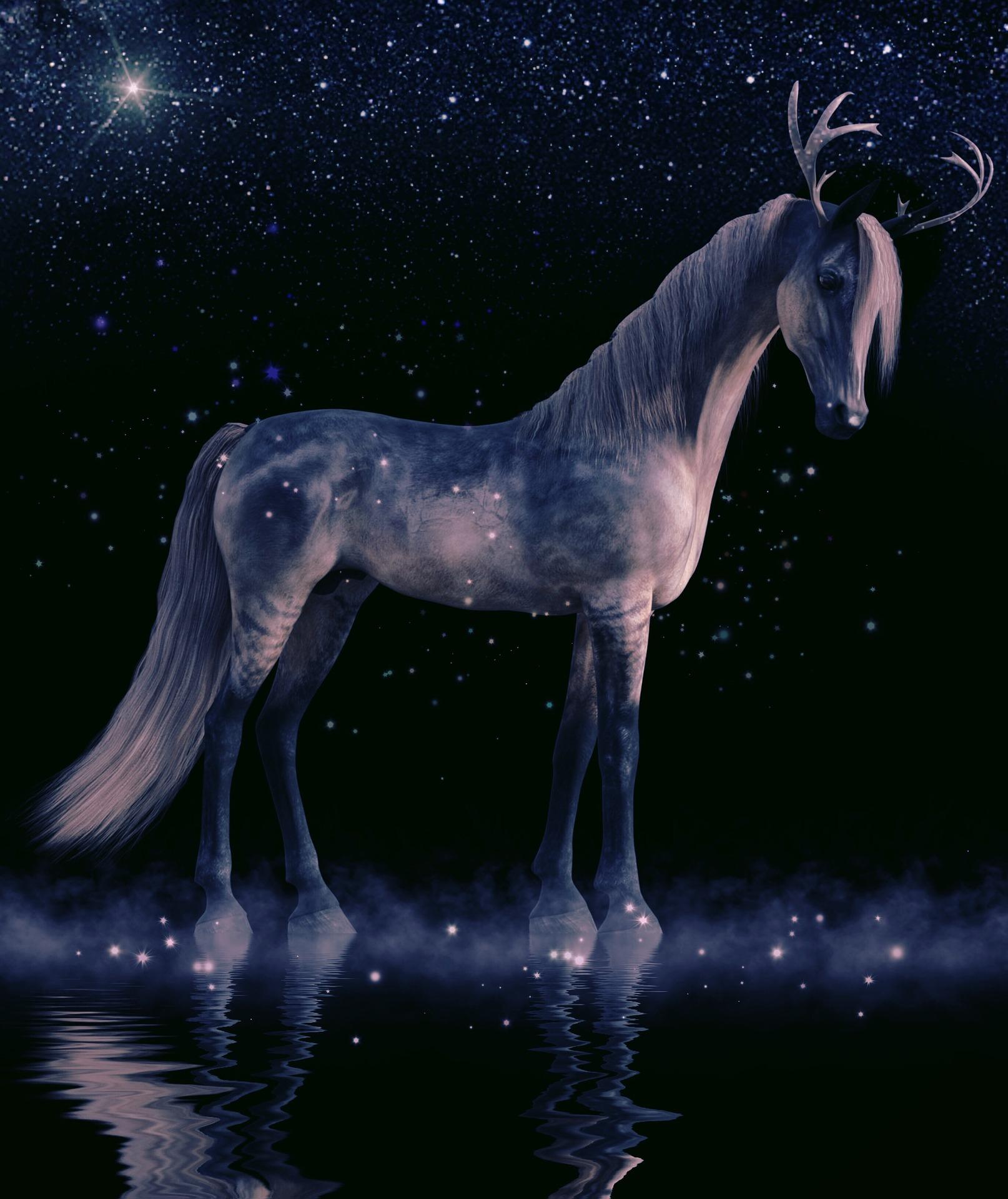 Welsh mythology is home to many interesting folk tales and mythical creatures. Some of the most notable examples include the Coraniaid, demons who were slain by Llud and Llefelys, and Afanc, a lake-dwelling monster that has been described in multiple forms.

One of the lesser known creatures in Welsh mythology is Ceffyl Dŵr, a mythical horse who appears in various folktales. Read on to find out all about Ceffyl Dŵr.

Who is the Mahaha in Inuit mythology?

What is the Shug Monkey in English mythology?

The Oozlum Bird – a weird creature in Australian and British mythology

Ceffyl Dŵr is a shapeshifting, winged, water horse in Welsh folklore that is similar to the kelpie in Scottish mythology. It takes its name from the Welsh words for horse (ceffyl) and water (dŵr).

The horse varies in stature depending on the region of Wales, and is a prevalent feature in mythological tales there.

Ceffyl Dŵr is said to dwell in ponds, lakes, and waterfalls throughout the mountains of Wales. They are generally believed to be peaceful, with a calm and tranquil nature, though it’s not wise to anger it, as some Welsh myths speak of an intense rage shown by the water horse once it is provoked.

One tale speaks of the Ceffyl Dŵr rising from a lake to kill passing lone travellers. So if you’re planning on hiking in the Welsh mountains soon, try and stay clear of any water!

As mentioned above, Ceffyl Dŵr is a water horse and is usually depicted as a horse with wings, and is occasionally shown with a mermaid’s tail or fins to signify that it can swim fast in the water.

The Ceffyl Dŵr’s main power, though, is its ability to shapeshift. So one may not ever see it as a horse, as it could take the form of any living creature or being, and

In most depictions of the Welsh mythology water horse, it is pictured emerging from the water, and it is usually white and has a long, luscious mane. In some stories, the Ceffyl Dŵr is said to take the shape of beautiful young women who lure their victims in with sinister flirting.

What is a Kelpie?

The Ceffyl Dŵr is said to be closely related to the Kelpie of Celtic mythology. But what exactly is a Kelpie?

Well, similarly to the Welsh mythological creature, the Kelpie is a Scottish water horse that is said to have shape-shifting abilities. It most often takes the form of a horse and lives in mountain streams and waterfalls.

The Kelpie is believed to entice people towards it with its beauty, but going on top of it is a mistake. Once atop the Kelpie, you will be stuck to its hide and will be trapped there forever! This is how the Kelpie traps its prey before carrying them away and eating them.

The Kelpies were popularised by the modern art feature of the same name in Falkirk, Scotland (see picture above). The installation was completed in 2013 and was designed by Andy Scott, a Scottish sculptor famous for his work with galvanised steel.

Did you enjoy reading about the Ceffyl Dŵr? Perhaps you know of other Welsh mythological creatures? If so, we’d love to hear your thoughts and stories!

Thanks for reading and have a look through our website for other obscure mythological tales.