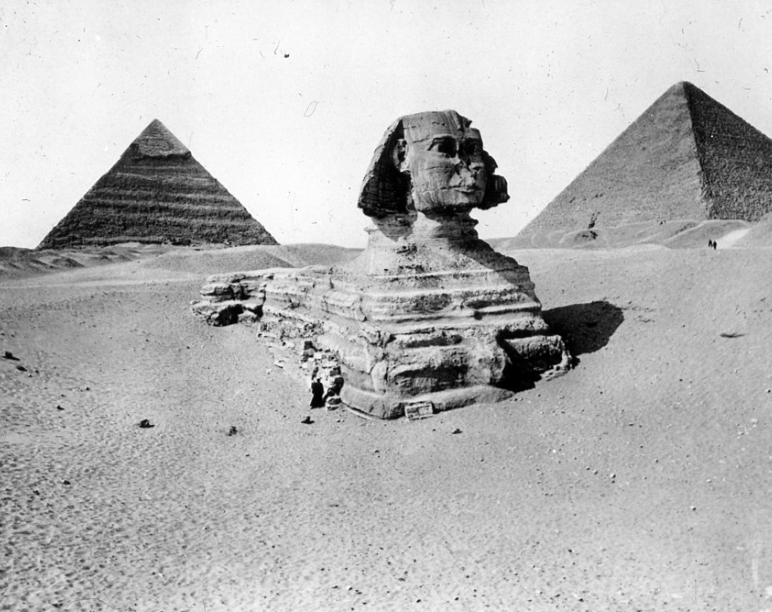 In ancient Greece, it was said that the Sphinx was the main guard to the city of Thebes, and all travellers who wished to enter the city were required to solve one of the Sphinx’s riddles in order to be granted entry.

How did Polyphemus lose his sight?

How many Gorgons are there?

Why did Pasiphae mate with the Cretan bull?

What is the riddle of the Sphinx?

The riddle of the Sphinx refers to the near-impossible questions that were asked by the Sphinx when one wanted to enter the city of Thebes.

The Sphinx is a mythical beast that is most commonly depicted with the head of a human, the body of a lion, and the wings of a falcon. The Sphinx was usually female in Greek mythology, whereas it was male in Egyptian mythology. It was widely revered in Greek, Persian, and Egyptian mythology, with the beast being known for its massive intellect and great power.

It is because of its intelligence that the Sphinx was set as the principal guard to the city of Thebes, an important city in ancient Egypt whose ruins today lie within the boundaries of the city of Luxor.

In order to gain entrance to Thebes, one was required to answer one of the beast’s notoriously difficult riddles. They were so difficult, in fact, that almost nobody ever gained entry into the city. Worse still, if you answered the riddle incorrectly, the Sphinx would eat you whole.

The mythical beast continued to enjoy its human snacks at leisure until it came up against one such Greek hero, the mythical king Oedipus.

Who Solved the riddle of the Sphinx?

It was Oedipus who solved the riddle of the Sphinx. The riddle put to Oedipus by the creature was as follows:

Oedipus dwelled on the answer for a moment, and the Sphinx grew confident that she was about to have another delicious human snack to feast on.

Eventually, Oedipus answered correctly. The answer to the riddle was a person. A person crawls on four feet in the morning of their life, they walk proudly on two feet in the main part of their adult life, and they use three feet in the twilight years of their life (often requiring a cane for support).

The Sphinx was truly shocked and horrified that Oedipus was able to answer the riddle correctly. So shocked was the Sphinx that she fainted at the utterance of the correct answer, allowing Oedipus entry into the city of Thebes.

Oedipus arrived in the city at a turbulent time. The Thebans (inhabitants of Thebes) were mourning the recent loss of their king, Laius, who Oedipus had killed on his way to Thebes after he refused to bow to him. Oedipus did not realise two things at the time – firstly, that the man he killed was the King of Thebes; and secondly, that this same man was also his father, and that he had now partially fulfilled a prophecy of the Oracle of Delphi, who foretold that Oedipus would kill his father and sleep with his mother.

When the Thebans learned that Oedipus had solved the riddle of the Sphinx, they made him the king of Thebes, and he unknowingly married his mother, Queen Jocasta. This led to Oedipus completely fulfilling the Oracle of Delphi’s prophecy. When Oedipus eventually learned what he had done, he blinded himself with two pins from his mother’s dress, who had hung herself after also learning of the truth.

What happened to the Sphinx after Oedipus solved the riddle?

After Oedipius solved the Sphinx’s riddle, she initially fainted allowing the tragic Greek hero entry into her city.

When she awoke, the beast was still overcome with shame and was irreparably inconsolable. Over time, the Sphinx’s shame grew too much and the beast eventually killed herself, unable to live with the fact that she had been outwitted by a mere human.

The Sphinx killed herself by throwing herself off the walls of Thebes.

Do you think you would have solved the riddle of the Sphinx? What’s your favourite riddle? Let us know in the comment section below!

To learn more about Oedipus and the riddle of the Sphinx, watch the great YouTube video below by See U in History / Mythology.