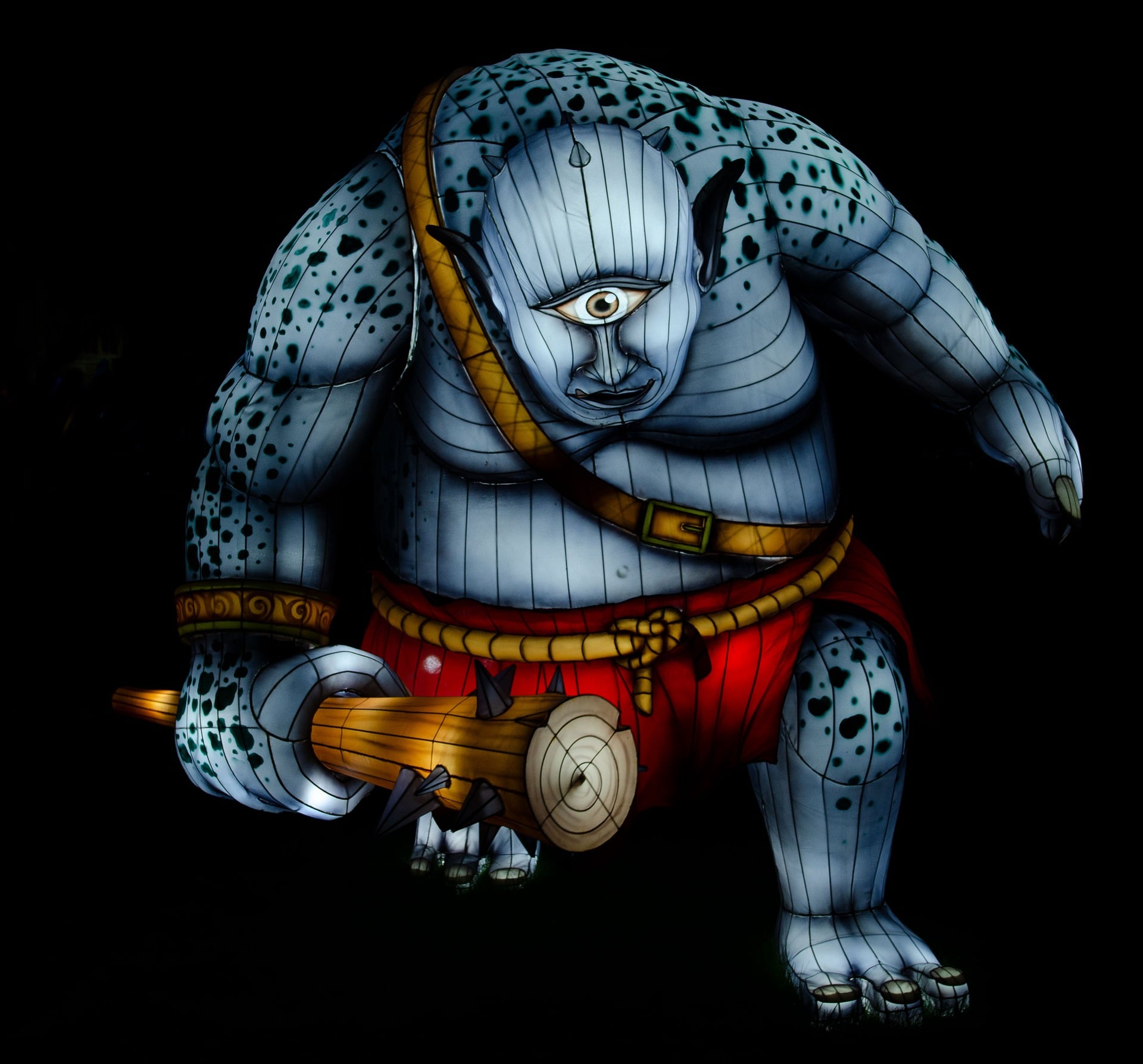 Polyphemus is one of the most widely known Cyclopes, famous for being gigantic beings with one-eye and incredible power. Though, he wasn’t one of the original Cyclopes born from Uranus and Gaea. Polyphemus was instead said to be one of the lesser-thought-of violent and unintelligent cyclopes.

We know that Polyphemus only had one eye as he was a cyclops, but not many know the story of how he lost his sight. In this article we will go through how Polyphemus was blinded, as well as some other background information about the one-eyed being.

Polyphemus was a giant cyclops who lived in the caves of Sicily (Cyclops) where he was known as an aggressive and ruthless savage man-eating beast.

Throughout various times in the timeline of ancient Greece, he was depicted as both a skilled lover and a hapless one, and an adept musician and a tone deaf one. It is also regularly alluded to that he is very self-unaware, and is oblivious to his ugliness and lack of musical talent and sex appeal.

Many poems and stories have been written about Polyphemus, perhaps the most notable one is the tale of how he was blinded by Odysseus (read the next chapter), or how he harbored undying love for the sea nymph Galatea.

How was Polyphemus blinded?

The story of Polyphemus and Odysseus is first told in Homer’s epic the Odyssey. During Odysseus’ return home from the Trojan War, he stops by the island of Sicily (Cyclopes) in order to get some much needed rest. There, he encounters a cave full of food and provisions, and things are looking rosy for Odysseus and his crew.

This turns out to be incorrect, however, as they have in fact stumbled upon Polyphemus’s cave, who swiftly barricades the entrance and blocks them in. According to various accounts, Polyphemus ate several of Odysseus’ accomplices over the course of the evening and the following morning. Following this, he leaves to tend to his sheep. When he returns to the cave, he falls victim to a plan devised by Odysseus.

Odysseus intoxicates Polyphemus with some strong wine. When the giant asks Odysseus for his name, he replies with “nobody”. This successfully outwits Polyphemus, who announces that he will eat “nobody” last of all, before falling into a drunken slumber.

While he is sleeping, Odysseus drives a wooden stake into Polyphemus’ eye, blinding him in the process. Polyphemus calls for help proclaiming that “nobody” is attacking him, the other Cyclops ignore it believing it to be divine intervention.

The next day, Polyphemus lets his sheep out of the cave and, impeded by his blindness, is unaware that Odysseus and his crew have tied themselves to the underside of the animals, allowing them to finally escape the cave.

Who is Polyphemus’ Father?

Polyphemus’ father is Poseidon, god of the sea and one of the most vengeful of all gods. Poseidon was the protector of all waters and made Odysseus’ passage home stormy and dangerous after Polyphemus prayed for revenge for making him blind.

It is believed that Polyphemus’ mother was Thoosa, a sea-nymph who herself was the daughter of Phorcys, a primordial god of the sea.

Polyphemus had an intense love for a Nereid (sea nymph) called Galatea, but by all accounts his love was unrequited. Instead, Galatea loved Acis, the son of Faunus and Symathis. Polyphemus’ jealousy is fabled in many ancient Greek stories, perhaps most notably in Ovid’s Metamorphoses.

Polyphemus’ jealousy eventually led to him killing Acis by launching a boulder at him. Legend has it that the blood that came from Acis as he died led to the formation of the Jaci river in Sicily, Italy.

Did you enjoy reading about how Polyphemus was blinded by Odysseus? Let us know what else you’d like to read about on our site in the comment section below. If you think we missed something important, it’d be great to hear your input.