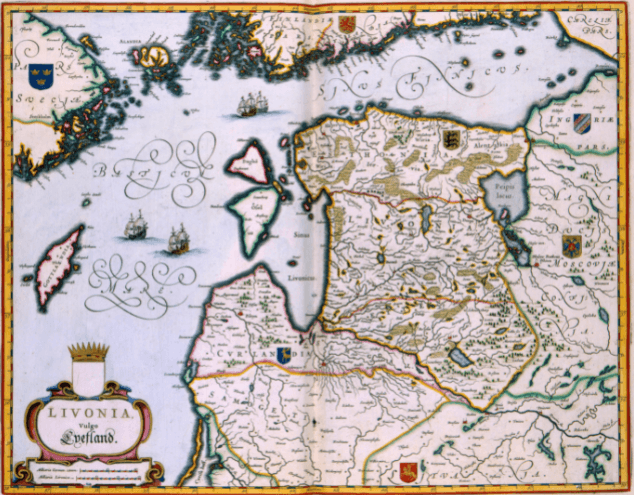 Latvian mythology is as rich and diverse as they come, with its own gods, beings, concepts, and history. In this post we’ll delve into the history of Latvian folklore, and take a closer look at where it all began, what are the most famous stories, and how it is relevant in modern society.

Read on to learn all about Latvian mythology.

Who is Angrboda in Norse Mythology?

How did Circe help Odysseus in the Odyssey?

Mythology in Latvia has developed over many years, and dates back as far as the early Baltic tribes in the 13th century who would become ancestors to many of Latvia’s inhabitants.

Indeed, the myths that exist within Latvia stem from the traditions and customs in the country, in addition to the folktales that were carried across from the pre-Christian Baltic tribes that used to dwell in the country. In that regard, when we talk about Latvian mythology, it is very closely related to Baltic mythology and religion.

Despite tales being passed through the years from the 13th century Baltic tribes, much of the Latvian mythology as we know it today comes from the 18th and 19th centuries. It was during this period that many Latcian scholars and poets wrote epic texts and poems in an attempt to revive the folktales that had been lost over many years of oppression.

Perhaps the most famous example of this is the Lāčplēsis (“The Bear-Slayer”), a national epic poem written by the Latvian poet Andrejs Pumpurs in 1888.

The Lāčplēsis is one of the most important texts in Latvian history in regards to its culture and mythology. The poem tells the story of Lāčplēsis, the son of a man and female bear who had immeasurable strength and insurmountable courage. He is a strong man with bear-like ears who lived in the 13th century and accomplished a number of heroic deeds.

Included in his heroic escapades were defeating bears with his bare hands (terrible pun intended…), saving his father, and defeating witches and evil spirit entities. Eventually, Lāčplēsis joins forces with his one-time enemy Kalapuisis, and they attempt to defeat German crusaders on their lands. During a fight between the Lāčplēsis and the Black Knight, the Bear-Slayer’s ear was cut off and he lost all of his power.

This did not stop him from continuing his fight, however, and he persisted until they both fell into the river Daugava. Many believe that he never gave up and continues to battle for his country to this day. The story of Lāčplēsis had a profound impact on Latvian culture, and Bear-Slayer’s effort is still used today as an example of how effort, persistence, and mental fortitude can stand you in good stead despite various setbacks.

Aside from Lāčplēsis there are a number of figures in Latvian mythology, both divine and mortal, that have cultural significance. Among those are:

Dievs (or Dievas) is the primordial supreme god in Baltic mythology. He was the king of all deities and was also the god of the sky and wealth. In Latvia, the word Dievs has come to be used as the word for all deities, no matter the culture or religion from which they come from.

All sons of Dievs are known as the Dieva Deli.

Saulé is the sun goddess in Latvian mythology and Lithuanian mythology. Often depicted as one of the most powerful goddesses in Baltic folklore, Saulé is also the goddess of birth, health, and vitality.

In Latvian folklore, the afterlife is known as “The Other Sun”, or Aizsaule.

Auseklis is a stellar deity in Latvian god who many believe to be a representation of the planet Venus. Auskelis is strongly associated with Meness (“the Moon”) and Ūsiņš, all of whom are Dieva Deli (sons of God). .

In the present day, Latvian mythology is strongly associated with Paganism. Not Paganism as it first came to be known – i.e. what the Romans called anything that was not Christianity – but a new form of pantheistic Paganism commonly referred to as Neopaganism.

This pantheistic movement grew in the 1970s and 80s as practitioners became more open to the influence of neighbouring cultures, deities, and folk traditions.

The only officially recognized neopagan religion in modern day Latvia is Dievturi, which has around 1000 followers.

What is a Lauma?

In Latvian mythology, Lauma is a witch-like spirit entity that assists a mother in childbirth, ensuring that both mother and child are in good health. Should any problems arise during birth, Lauma is said to take on the role of a spirit guide to the child.

Some believe Lauma to be of a malevolent nature, stealing babies from their mothers and depriving them of motherhood. Lauma is unable to have children of her own, and therefore yearns for maternal responsibility.

What do you know about Latvian mythology? Did we miss something important? If so, please let us know in the comment section below, we’d love to hear from you!

To learn more about Latvian Paganism, check out the great YouTube video below by hochelaga.