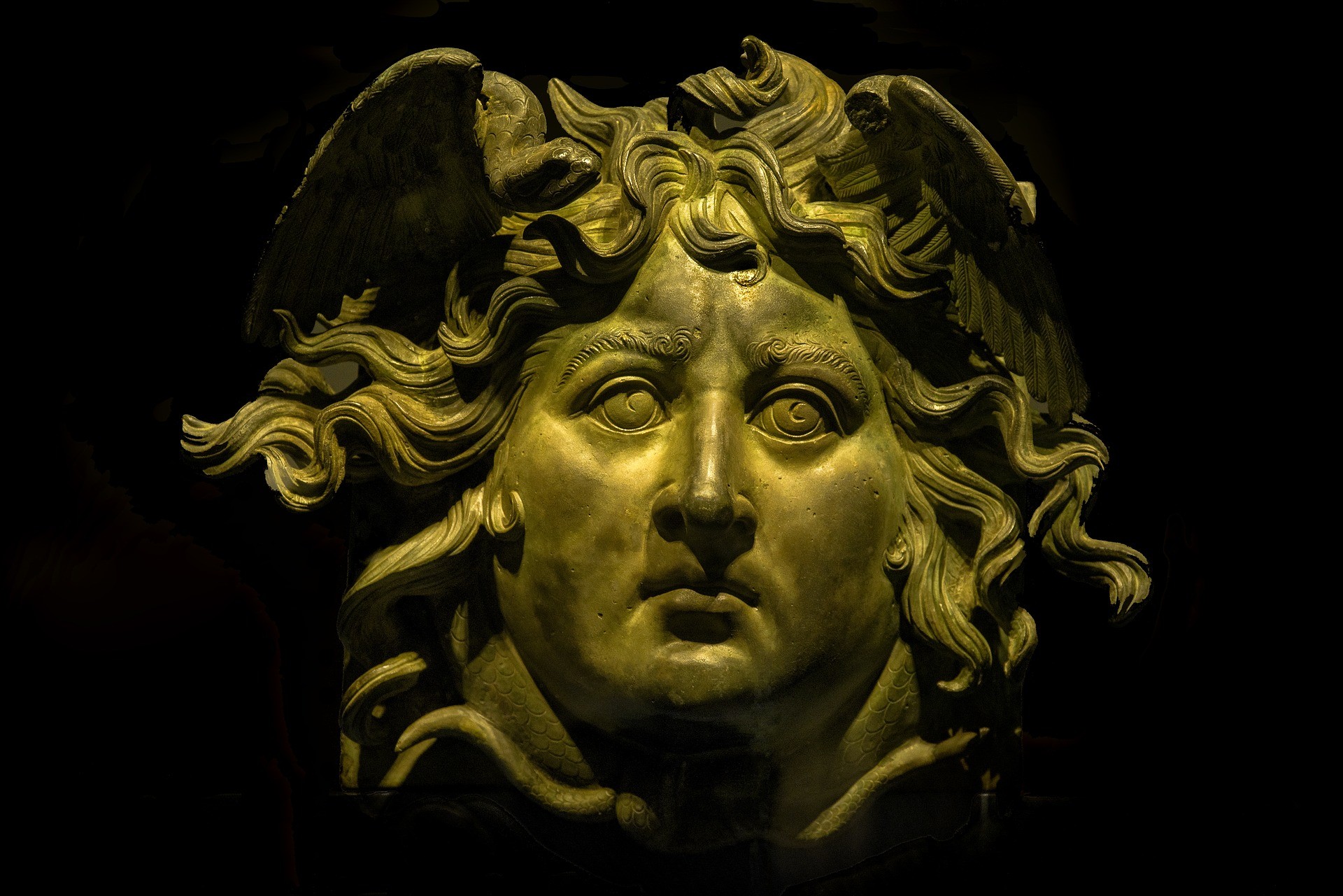 As the title suggests, this article is about the Gorgons in Greek mythology. Specifically, how many Gorgons there were. To answer the question quickly, there were three Gorgons in total – Medusa, Stheno, and Euryale.

The most famous myth relates to Perseus’ slaying of Medusa, but there is much more to learn about the Gorgons. If you want to discover more about them, read on.

Who Were the Gorgons?

The Gorgons were three mythological creatures in ancient Greek folklore. Two of them, Stheno and Euryale, were immortal, whereas Medusa was not. It is widely believed that the parents of the Gorgons were Phorkys, a primordial sea god, and his sister, Keto.

Perhaps the most famous defining characteristic of the Gorgons was their hair, which was made from living venomous snakes. Another famed trait of the Gorgons was their petrifying gaze – anyone who looked directly at them would instantly turn into stone. They were a regular feature in Greek mythological tales and their image was often used decoratively to offer protection from people’s homes and other buildings.

Medusa is undoubtedly the most widely known of the three Gorgons. She is also the youngest and the only one that was not immortal. She is best known for the story of Perseus and Medusa, in which the hero demigod decapitated her and subsequently used her head as a weapon.

Perseus was able to defeat Medusa with the aid of the gods – he used Athena’s mirrored shield to avoid her gaze, Hades’ Cap of Invisibility, Hermes’ flying sandals, and the sword of Hephaestus. According to legend, the mythical horse Pegasus leaped from her body when she was slain, after earlier being impregnated by Poseidon.

In Ovid’s version of the Medusa tale, Medusa was not always a grotesque monstrous figure. According to Ovid, she was stripped of her beauty by Athena after Poseidon had sex with her in a temple dedicated to Athena.

Stheno was the oldest of the three Gorgons and, according to legend, she was also the most fierce and violent. She was immortal and used her powers of petrifying abundantly, mercilessly turning many men into stone and killing them.

Not much is known about the middle Gorgon, Euryale, apart from that in some iterations of Medusa’s tale (most notably in the myth of Orion), Euryale has sex with Poseidon immediately after he lies with Medusa.

As aforementioned, the Roman poet Ovid wrote that the three Gorgons were originally beautiful maidens who were made ugly by Athena as a punishment. Although most versions of the myth do not state that Stheno and Euryale had sex with Poseidon in Athena’s temple, they were punished merely for their association with Medusa.

After Perseus had slain Medusa, Stheno and Euryale tried to capture and kill him, but he managed to escape their gaze by using the Helm of Invisibility gifted to him by Hades.

Did you enjoy reading about the Gorgons? What’s your favorite Greek myth? Let us know in the comment section below. For any enquiries contact me at basil@mythologyplanet.com