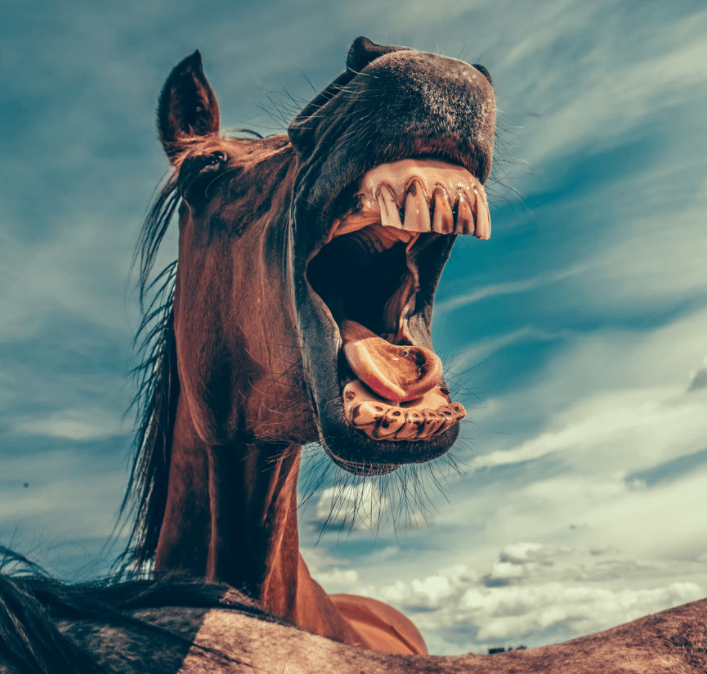 The Taraxippus is one of the more obscure creatures in Greek mythology. It is a ghostly creature that was believed to haunt ghosts and was the cause of many upended horse-back soldiers in ancient Greece.

But what exactly is a Taraxippus? What does it look like, and where do they come from? Read on to learn all about them.

How did Zeus defeat his father?

Why did Pasiphae mate with a bull?

A Taraxippus (pl. Taraxippoi) is a ghostly creature in Greek mythology that haunts horses and instills in them a deep sense of fear.

It is believed that whenever a horse rears on its hind legs in fear, it is being disturbed by a Taraxippus. This was particularly pertinent during the Olympic games and during horse and chariot races in the Greek hippodromes. If a rider suddenly fell off their horse or were dismounted rather abruptly, it was usually because of a Taraxippus.

In fact, the Taraxippus was so feared as a disturber of horses that statues of the mythical sprite were placed at the most dangerous parts of a hippodrome course, and a specific spot on the course at the hippodrome at Olympia was named of the Taraxippoi, as it was common for horses to become frightened there.

In ancient Greek, Taraxippus literally translates as “horse disturber”. The latin name for the ghostly creature is equorum conturbator, which means the same thing.

What is a Hippodrome?

A hippodrome was a stadium used in ancient Greece for chariot racing and horse racing. The name comes from hippos and dromos in the Greek language, meaning “horse” and “course”, respectively.

The most famous hippodrome arenas in ancient Greece were found at Olympia, Delos, Delphi, Isthmia, and Mount Lykaion.

Have you heard of the Taraxippus? Maybe you know of other obscure creatures from Greek mythology? If so, let us know in the comment section below!

To learn more about the hippodrome, check out the YouTube video below by Chip.