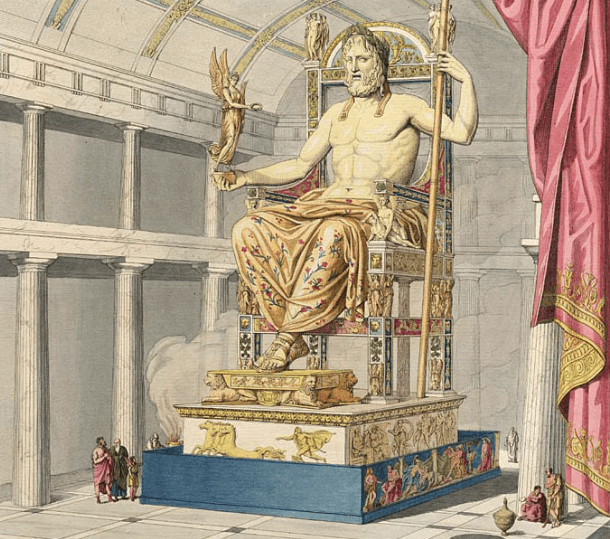 The cultural influence of Greek mythology on Western civilization is extensive and significant. Their love of beauty and the arts has been passed on through societies through hymns, poems, literary texts, and other writings.

Some of the most impressive representations of ancient Greece come in sculpted and pictorial form. In fact, Greek mythology statues were one of the best ways to preserve traditions and myth in ancient times.

Many great sculptures have been lost to history, and there are undoubtedly some masterpieces that society will never know existed. That being said, there are still some incredible works from various points in history that have stood the test of time and pay homage to ancient Greek culture. Here are 10 of the most famous Greek mythology statues that still stand today.

RELATED: 20 Important Dates in the Timeline of Ancient Greece

What are the 10 most important Greek mythology statues still standing today?

10. Laocoön and His Sons

Laocoön was a Trojan priest whose tragic story was told by Sophocles and other ancient Greek writers. The expression on Laocoön’s face has become iconic in Western art and is often referred to as the epitome of human suffering.

The statue depicts the scene in which Laocoön’s two sons are killed by serpents after he attempted to expose the Trojan Horse ruse. Laocoön’s agonised face demonstrates his overwhelming distress and, according to Sophocles, his life was spared only so he could live with the misery of witnessing the death of his own sons.

This statue, which was excavated in 1506 in Rome, stands at 2 metres tall and is believed to have been commissioned in ancient Rome between 200 BC and 70 AD. It is currently located in the Octagonal Court within the Vatican Museums.

The twin statues of Kleobis and Biton are the most famous works of Greek sculptor Polymedes of Argos. They are located in the Delphi Archaeological Museum in Delphi, Greece, and are believed to have been created in 6th century BC during the Archaic Period.

Kleobis and Biton were two brothers from Greek mythology who carried their mother, Cydippe, six miles by cart to a festival for the goddess Hera. Legend tells that after Cydippe prayed to Hera for a gift to be bestowed upon Kleobis and Biton for their persistence and strength, the two sons fell asleep at the temple of Hera and then never reawoke.

A number of interpretations have been given for this story, but it is most commonly believed that the message given in ancient Greece was that happiness is related to good fortune, and can not be given or bestowed upon a person.

One of the most recognisable and famous Greek mythology statues is the Winged Victory of Samothrace, also known as the Nike of Samothrace.

The statue is dated to c. 200 – 190 BC during the Hellenistic period of ancient Greece. It was discovered on the Greek island of Samothrace in 1863 and has been located in the Louvre Museum since 1884.

Made from Parian marble, the votive depicts Nike (the goddess of victory) in a long tunic and consists of part of the bust, a wing, and the body of the goddess. The heads and arms are missing.

The statue stands upon a ship’s prow base, which was excavated at a later date.

The Winged Victory of Samothrace stands at 2.75 metres tall, but the entire monument (including the ship base) was believed to have been well over 6 metres when it was originally constructed.

A kore is the term given to free-standing sculptures from the Archaic period of young female figures. Kouroi is the name given to the male equivalent of statues from the same era.

Perhaps the most famous kore from ancient Greece is the Peplos Kore, a 1.18 metre high statue made from Parian marble and is dated to c. 530 BC. The kore is noteworthy for the vestiges of original paint that still remain on pockets of the statue.

The Peplos Kore takes its name from the Dorian peplos that it wore, a body-length draping garment that was typical to Dorian women in ancient Greece. The figure also displays the “archaic smile” that was typically used by sculptors of the era.

The Artemision Bronze is one of the most famous Greek mythology statues that has ever been recovered. The sculpture, which was created around 500-460 BC, was found in the sea at Cape Artemision in 1926 and depicts an almost-lifesize bronze figure preparing to launch a weapon.

There is much debate as to what the original weapon in the statue would have been, but the general consensus is that it was either a thunderbolt or a trident. This indicates that the Artemision Bronze statue depicts either the king of the gods, Zeus, or the god of the sea, Poseidon.

The Artemision Bronze is currently held in the National Archaeological Museum of Athens and stands at 2.09 metres tall.

The Aphrodite of Knidos is one of the most significant Greek mythology statues to have ever been created. Despite the original not being around anymore, many copies have been made of the 4th century BC sculpture by Praxiteles.

The statue is significant as it is considered to be one of the first representations of female nudity in sculpture form. The statue depicts Aphrodite, the Greek goddess of love, holding a draping towel with one hand while preserving her modesty with the other.

Commissioned for the Temple of Aphrodite at Knidos, the 2.05 m (81 inch) tall sculpture was famous in ancient Greek times and many people travelled to Knidos to see it. The image of the statue was also found engraved on many Knidos coins, too.

Hermes of Praxiteles is an ancient Greek sculpture of the messenger of the gods, Hermes, that was first discovered in 1877 in Olympia, Greece.

The sculpture was initially attributed to Praxiteles, but this assertion has since been widely contested in the world of art history due to the lack of replicas found throughout history. That being said, it is still one of the most famous Greek mythology statues, and the 3.70 m statue is believed to date back to the 4th century BC.
Sometimes referred to as Hermes and the Infant Dionysus, the sculpture depicts Hermes holding the young god of wine and festivity, Dionysus. The statue is currently on display at the Archaeological Museum of Olympia.

The Moschophoros, which is dated to c. 560-570 BC, is a limestone statue from the Archaic era that depicts a man carrying a calf across his shoulders on his way to sacrificing the animal. Indeed, the word Moschophoros literally means “calf bearer” in English.

Standing at 1. 65 metres tall, this is one of the most well known Greek mythology statues from the era, and it is dedicated to the goddess of wisdom, Athena. As with many sculptures from the era, the Moschophoros displays the typical Archaic smile.

It currently resides in the Acropolis Museum in Athens.

The Varvakeion Athena is one of the most impressive Greek mythology statues around. Despite being dated later than the others in this list (200-250 AD), the statue is the best known recreation of Phidias’ statue of Athena that once stood at the Parthenon.

Estimated to be around a twelfth of the size of the original, the sculpture shows incredible detail and craftsmanship. Athena is depicted wearing an Attic helmet and a Peplos. In one hand she holds the figure of a winged Nike, and in the other a shield.

The original Athena Parthenos stood at 11.50 metres tall and was destroyed in a fire that ravaged the Parthenon at an indeterminate date.

One of the most famous Greek mythology statues is the Venus de Milo that is currently on display in the Louvre Museum, Paris. Discovered in 1820 on the island of Milos, the Parian marble sculpture was created in the mid 2nd century BC and stands at 2.04 metres tall.

This statue of Venus was created by Alexandros of Antioch, despite originally being attributed to Praxiteles.

During the Second World War, both Venus de Milo and the Winged Victory of Samothrace were relocated to Chateau de Valencay due to the fear that France would fall to German occupation.

Do you know of any other Greek mythology statues that you think we should have included in the list? Please let us know in the comment section below!

For some more impressive ancient Greek statues, check out the great video below by Pik Roll.